Wrath and Glory - The King is Dead, Long Live the King pt 1 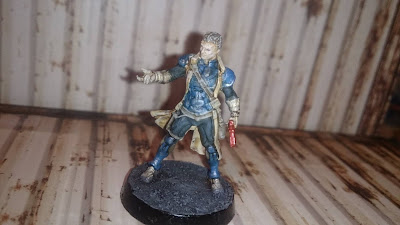 At the end of the last Chapter of Wrath and Glory the Players discovered what had happened to Governor Veneratio or at least to his head. With no Governor Inquistor Victoria Aldrich sees instability. To avoid this Inquisitor Victoria has decided to force the succession as soon as possible, but with two possible heirs she has got her warband to investigate both and advise her of who will be best to succeed the throne. 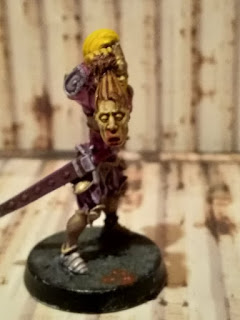 In the latest session they were introduced to the two heirs to the throne. The First of which was the first born son, Farsheed Veneratio. 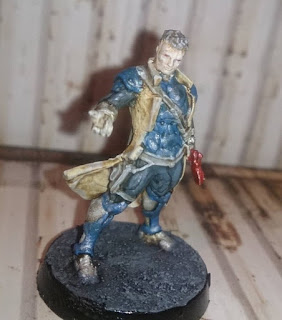 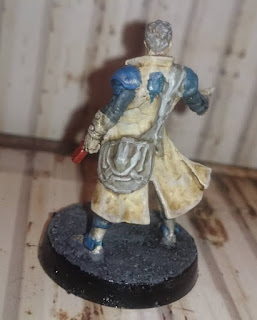 While one would hope that being the first born son would make him the clear successor, sadly not as he had run away from home to join a hive gang "The Piscators". Outraged Governor Veneratio declared his younger sister Mina the Legal Successor. After a decade away from home he returns as a successful gang member and his father declares him as his rightful successor before a hall of upper hive officials. However the Governor was declared missing the very next day before any legal documents could be signed. 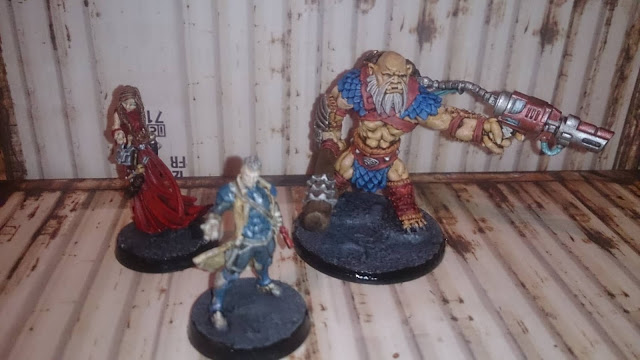 Farsheed is a well loved leader who is always flanked by his two biggest supporters, first and foremost is Foreman Dresdor Kant. Being an Ogryn means that Kant has quite a presence in the room, that in combination with his customised Rad Pistol (a gift from the mechanicus) he certainly had a quite an impact on the players reactions. 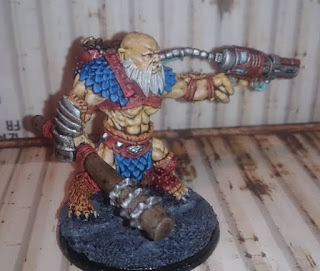 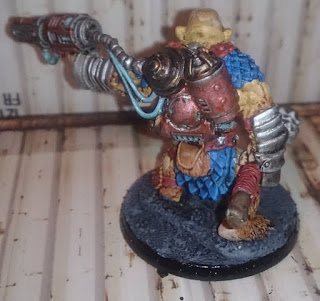 Quite surprisingly Farsheed has also won favor with the Mechanicum. Engineer Shadi Madani oversees the Human Resources working for the Adeptus Mechanicum. With higher productivity in mind she sees Farsheeds leadership and connection with the lower hive a great morale boosts for the workers. With an outward appearance that has been manufactured to be most pleasing for the Humans she interacts with, Madani is hiding quite a few surprises. 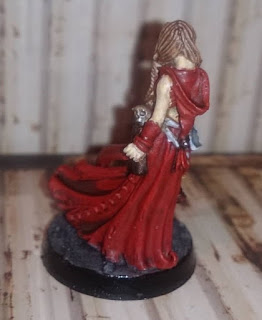 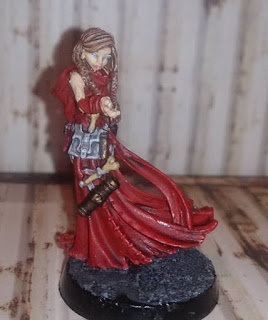 Having met Farsheed at his public gathering and in private afterwards the Inquisitors Warband were not impressed.  In the words of the of our ever friendly Ministorum priest 'who cares about the scum of the lower hive'. 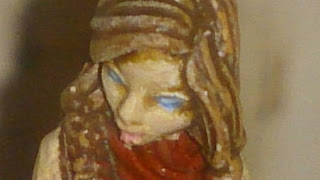 Posted by DaTechMek at 10:09 PM
Email ThisBlogThis!Share to TwitterShare to FacebookShare to Pinterest
Labels: Wrath and Glory

DaTechMek
Come join me for chat on discord here: https://discord.gg/ZFxagaD Or if you want the photos without the bullshit then my instagram is here: https://www.instagram.com/datechmek/